In the middle ages the main route from Winchester to London, passed through Martyr Worthy, Itchen Abbas, Itchen Stoke and Abbotstone before crossing a ford at Alresford, now Old Alresford, and then onwards to Farnham via Bighton and Medstead. It is probably this ford from which the name Alresford is derived. Most agree that the derivation is ‘Alder ford’ but it is the meaning of ‘Alder’ where the question arises. Some say it refers to the Alder trees that grew by the river at the ford. Others say that it derives from the Old English aldor or ealdor referring to a ‘chief, theign or prince’ (From the latter we derive the present day ‘alderman’). And so ‘the ford over the river where the alder trees grow’ or ‘the chief’s ford’. 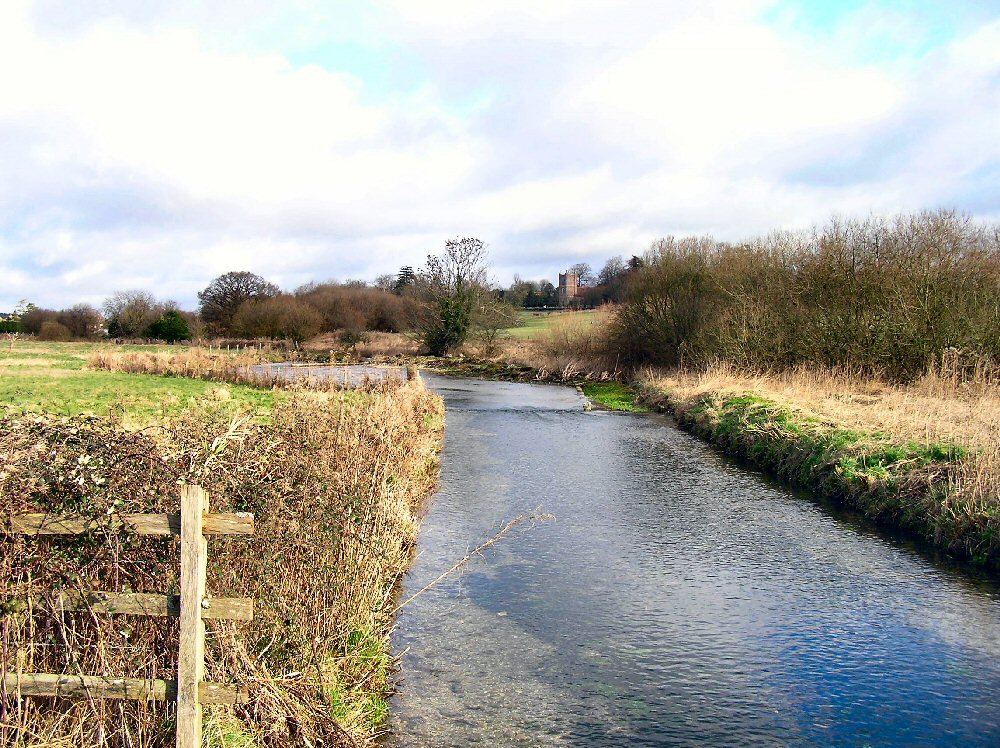 Some say that this ford, from which Alresford takes its name, ran from the bottom of The Dean along the bed of the river and emerged in front of the fulling mill to join with the road from Abbotstone to Old Alresford once the main Winchester to London road. However prior to the building of the Great Weir this area was marsh land and there were no roads or tracks crossing it. The more probable location is on what is now known as the Candover stream between the existing Abbotstone Road bridge over the stream and somewhere south of Manor Farm. Some say it could have been as far north as Old Alresford Village green, and the route of the drove road could support that argument, but the most likely spot is where the Abbotstone Road currently crosses the Candover stream as there is little evidence of trackways to the immediate north.